Ice machines were considered a luxury only a few years ago and could be found only in big corporations and offices with a lot of people. However, thanks to the modern technology, the prices dropped, and it became an accessible commodity. You can now buy an ice machine for a couple of hundred dollars and have ice available whenever you need it. If you’re in a dilemma whether to buy such a unit, take a look at this article, and you’ll get a better insight into the advantages of having an undercounter machine in your kitchen.

If you own an ice machine, the only thing you need to do is press a button, and you’ll get as much ice as you want. Contrary to popular belief, it’s pretty easy to use these units. On the other hand, the only alternative would be the plastic ice trays. Needless to say, those things aren’t hassle-free whatsoever, especially if you need large quantities of ice. For example, if you’re planning to throw a party, you probably need a couple of hundred ice cubes. If you put that number into perspective, you would need a couple of dozens of plastic trays to achieve such numbers.

Furthermore, as soon as you run out of it, the next batch won’t be ready for at least a couple of hours. On the other hand, if you own an ice maker, availability isn’t an issue. Also, the rate of production is immeasurably higher with a machine in oppose to a plastic tray.

When one says these machines save money, many people can’t comprehend how that’s possible. However, the reason is pretty simple – you’ll never have to buy ice ever again. Truth be told, if you don’t need large quantities, the savings aren’t as noticeable. On the other hand, if you like organizing parties and gatherings, the saved amount of money adds up over time to the point where it surpasses the initial cost of an ice machine.

Therefore, it’s always better to plan ahead and think about the long run instead of harassing yourself with plastic trays or even portable makers. Although portable makers are obviously better than the trays, the undercounter units are still your safest bet.

Contaminated water isn’t something people often think about, and that can have pretty severe consequences on their health. For most people water is – just water, regardless of its purity. However, there is far more to it. First of all, municipal water supply is full of different chemicals such as chlorine. It’s not an alarming thing because chlorine acts as a protection against harmful bacteria. However, a lot of cities across the world don’t use enough safety mechanisms.  That omission leads to potential health issues.

These units have a couple of built-in safety mechanisms, but the most popular one is the water filter. A filter is responsible for purifying your tap water and eliminating any harmful chemicals that might have gone through municipal filters. It’s especially important to have a good water filter integrated into the machine if you have children in your household. As we all know, a child’s immune system is much more vulnerable to unnatural chemicals than the adult’s. Therefore, ice cubes coming from an ice machine are much healthier than the ones coming from a plastic tray.

A lot of people care more about the aesthetics instead of performance. It’s not a wrong thing to do, especially if you take care about the looks of your kitchen. Modern undercounter machines can have a pretty peculiar design, especially if you’re into futuristic-looking stuff. So, instead of having a conventional-looking portable maker on your kitchen countertop, you can install a good-looking machine and make it a part of your kitchen décor. We have reviewed some well-designed makers; don’t hesitate to check them out.

As far as the durability goes, it’s pretty obvious. These things are made to last for years, and some even for decades. For comparison, portable ones have a life span of about five or six years maximum. Therefore, if you’re looking to buy something that will last well over a decade, aim for undercounter models. 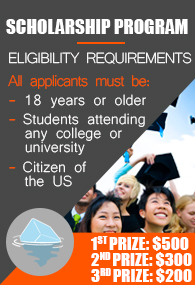